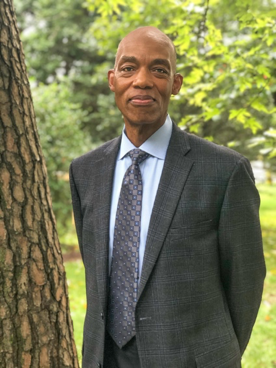 Chris Swenson, chair of the university’s Board of Trustees is proud to announce the appointment of James W. Crawford III to the position of Interim University President.  The Interim President will officially take office on September 29.

Crawford is a retired Admiral and the 43rd Judge Advocate General (JAG) of the United States Navy.  He was selected by unanimous vote of the Board of Trustees.

A native of Charlotte, North Carolina, James W. Crawford III graduated from Belmont Abbey College and earned his Juris Doctorate from the University of North Carolina.  He holds a Master of Laws degree in Ocean and Coastal Law from the University of Miami, and a Master of Arts in National Security and Strategic Studies from the Naval War College.  He was named an MIT Seminar XXI Fellow.

Swenson remarked, “Admiral Crawford is a true leader whose life has been one of service to others.  He will bring to Felician a commitment to excellence, a new strategic vision, and an embrace of core human values for individual growth and transformation, which is the focus of Felician’s mission as a university.  It will be exciting to see where he will take us.”  An accomplished guest lecturer and keynote speaker, Crawford will also serve as Professor of Foreign Relations in the School of Arts & Sciences.

An experienced leader, Crawford has served as the head of the Naval Legal Service Command, legal counsel to the Chairman of the Joint Chiefs of Staff, and commander of NATO Rule of Law Field Support, Afghanistan.  As the Judge Advocate General of the Navy, Crawford led 2,400 judge advocates, enlisted and civilian employees of the Navy’s global legal organization.  He is the recipient of numerous military awards including two Distinguished Service Medals.

Crawford has served on Boards of Directors for the Navy-Marine Corps Relief Society, Lucy’s Hearth, the Church of the Nativity, and is on the Board of Trustees of Belmont Abbey College.  He is married to the former Elizabeth Ann Goncalo and they have 12 year old twin sons.

Felician University engages over 2,300 undergraduate, graduate, and adult students through programs in Arts & Sciences, Business, Nursing, and Education. Universal Franciscan values of social justice, compassion, and respect for human dignity serve as an inclusive foundation for transforming the lives of tomorrow’s leaders. Felician University’s education is ranked 3rd best return on investment for private colleges in New Jersey 2018 by the PayScale.com College ROI Report and is ranked #1 safest college campus in the state by niche.com.