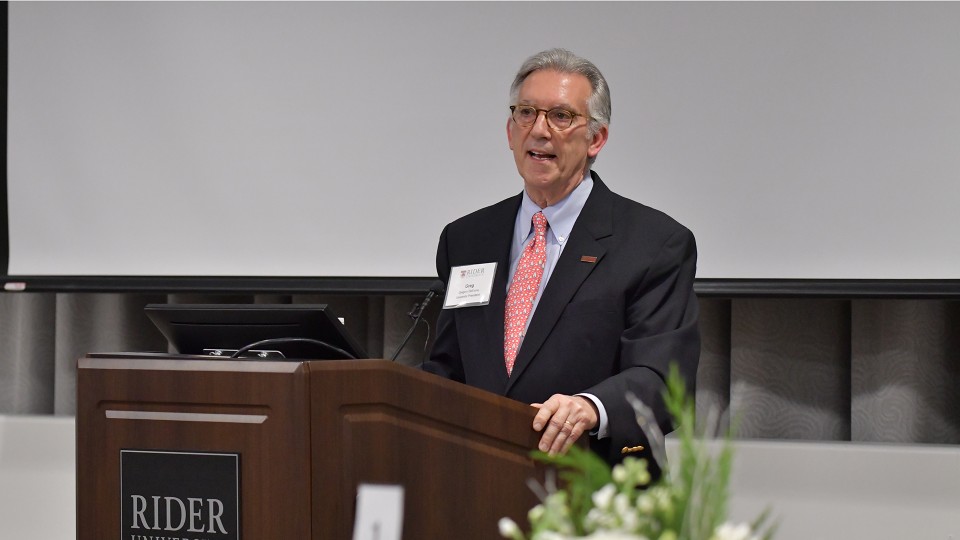 Among new roles, President Dell’Omo was appointed to the executive board of the New Jersey President’s Council

Earlier this summer, Dell’Omo was appointed to the executive committee of the Association of Independent Colleges and Universities, or AICUNJ, and the executive board of the New Jersey President’s Council.

“My experience has long reinforced my faith in the power of the college experience to transform lives, and I’m honored to serve in these capacities and others as a champion of higher education,” Dell’Omo says.

In addition, Dell’Omo’s two-year term as president of the Metro Atlantic Athletic Conference (MAAC) President’s Council ended on June 30. His term as president included the MAAC’s move to host the Men’s and Women’s Basketball Championships in Atlantic City.

Dell’Omo’s academic career has spanned more than 35 years, including more than 15 years as a university president. He became Rider’s seventh president in 2015. Under his leadership, Rider has moved boldly to strengthen its position as a premier, forward-looking university that prepares students for highly engaged and fulfilling professional and personal lives.

Rider launched its signature Engaged Learning Program in 2017 and its Inclusive Excellence Plan in 2019. The University reported record-breaking fundraising years in 2018 and 2019, which included the largest gift in University history.

Most recently, Rider announced a new initiative called Lifting Barriers that includes a 22% tuition reduction beginning in the fall of 2021 alongside other new measures that provide robust support for career preparation and academic success.

Rider University currently ranks on U.S. News and World Report’s Best Colleges list and the Wall Street Journal’s Top U.S. College list. It was ranked the No. 28 Best Value School in the Northeast region by US News & World Report.