Radio Felician Goes One on One with Bob Symons 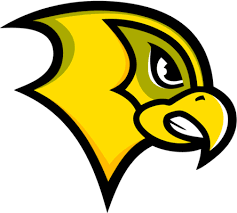 Felician University is believed to be the only NCAA institution whose athletic teams are nicknamed “Golden Falcons.” But as Bob Symons recalls, Felician almost ended up with an even more unique mascot.
Symons was Felician’s first Director of Athletics, serving from 1993 to 2002. He was hired three years before the Golden Falcons’ first intercollegiate event, and, while laying the groundwork for the athletics department, was tasked with giving the teams their identity. As he tells host, Jeff Shelly, in the latest edition of Falcon Report on Radio Felician University, the process nearly went in a different direction.
“The Student Government had a naming contest,” Symons said. “Outside the Student Center, the students had a tomato garden growing. So when we took the survey on what the name should be, Tomatoes and Falcons were the top two vote-getters. So I had to make my first executive decision and we went with the Falcons. I decided to add Golden to it because from my research, no other school in the country was named the Golden Falcons. Also, St. Francis of Assisi has a falcon on his shoulder in many pictures, so I thought it was a good tie-in to the history of the College.”
Falcon Report With Special Guest Bob Symons will premiere on Radio Felician at http://edge.mixlr.com/channel/oozbc on Friday, October 9, at 8 p.m. The half-hour show, part of Radio Felician’s continuing coverage of the 25th year of Golden Falcon athletics, covers the many “firsts” associated with Symons at Felician.
In addition to being the first A.D., Symons was the Felician’s first coach of women’s and men’s cross-country. He guided the men’s team to (along with men’s soccer on the same day) become the first Golden Falcon squad to qualify for a national tournament. In 2013, Symons became the initial inductee into the Felician Athletics Hall of Fame.
“One of my proudest moments in athletics is to say I started a program that is still going, and is getting better all the time,” Symons said. “I look back and I can say that I hired quality people that kept the program going. I’m a competitive person and wanted to be the best we could be, but back then I took it a day at a time.”As the Golden Falcons approach this latest department milestone, Symons is grateful for his role in getting it started.
“I’m very proud of where Felician is today,” he said. “Twenty-five years – I can’t believe it. It was quite a ride and I look back upon Felician very fondly.”Falcon Report With Special Guest Bob Symons will air on the following dates and times at http://edge.mixlr.com/channel/oozbc:
·       Friday, October 9, 8 p.m.·       Sunday, October 11, 1 p.m.·       Friday, October 16, 8 p.m.·       Sunday, October 18, 1 p.m.