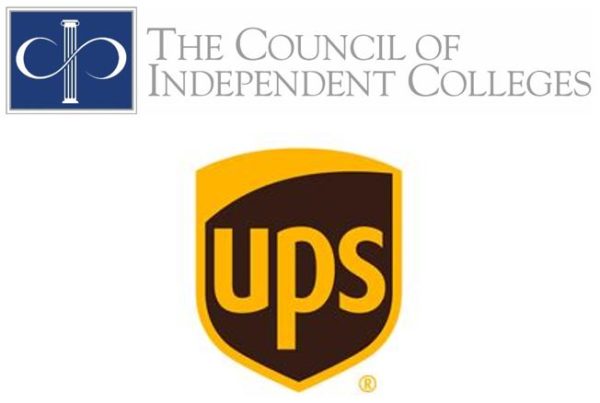 “We are delighted to be part of the CIC/UPS Educational Endowment Program that recognizes highly qualified students for scholarships.  We applaud UPS for their long-term commitment to students of independent institutions across the country.  There could not be a more appropriate time than the present to support students with scholarship aid, and we are very proud of our 13 CIC/UPS Scholars of New Jersey.” said Lou Manzione, president of the Association of Independent Colleges and Universities in New Jersey.

Colleges in New Jersey that received CIC/UPS Scholarships this year from ICFNJ include:

“Independent colleges and universities in this country are remarkably effective at educating and graduating low-income and first-generation students in less time, with less student debt,” said Richard Ekman, president of CIC. “Helping these students afford a private college education is a truly critical need in our society, and it is rewarding to be a partner with the UPS Foundation and the Independent College Fund as we help to support deserving students.”

The CIC/UPS Scholarships Program has made a private college education possible for more than 21,000 low-income, first generation, and minority students and has had a transformative impact on individuals, families, and communities across the country.

“The UPS Foundation is honored to work with CIC to provide scholarships for students at independent colleges and universities,” said Eduardo Martinez, president of the UPS Foundation and chief diversity and inclusion officer at UPS. “Our goal is to fund powerful programs that make a lasting difference to the global community.”

About the Council of Independent Colleges

The Council of Independent Colleges (CIC) is an association of nonprofit independent colleges and universities, state-based councils of independent colleges, and other higher education affiliates, that works to support college and university leadership, advance institutional excellence, and enhance public understanding of independent higher education’s contributions to society. CIC is the major national organization that focuses on services to leaders of independent colleges and universities and state-based councils. CIC offers conferences, seminars, publications, and other programs and services that help institutions improve educational quality, administrative and financial performance, student outcomes, and institutional visibility. It conducts the largest annual conferences of college and university presidents and of chief academic officers. Founded in 1956, CIC is headquartered at One Dupont Circle in Washington, DC. www.cic.edu

About The UPS Foundation

Since its founding in 1907, UPS has built a legacy as a caring and responsible corporate citizen, supporting programs that provide long-term solutions to community needs. Founded in 1951, The UPS Foundation leads its global citizenship programs and is responsible for facilitating community involvement to local, national, and global communities. In 2019, UPS and its employees, active and retired, invested more than $123.8 million in charitable giving around the world. The UPS Foundation can be found at UPS.com/Foundation and @UPS_Foundation on Twitter.