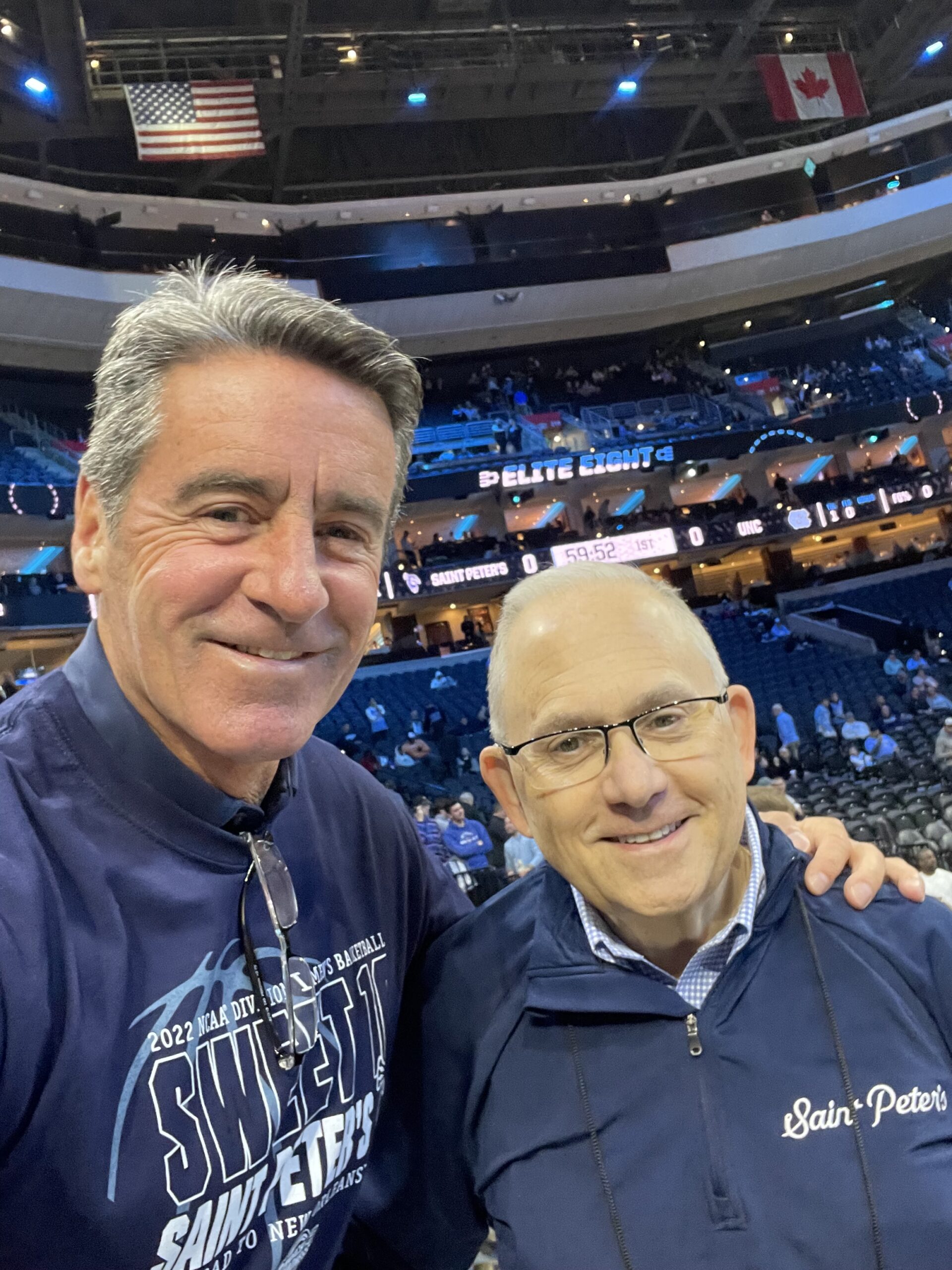 Last night, I had the great privilege to be among the thousands of proud New Jerseyans (and the several thousand more who wish they were) in attendance at the East Regional NCAA Final game in Philadelphia. I was there to support one of our member schools and the so-called ‘Cinderella’ in the NCAA Tournament. It was a special night, in spite of the end of Saint Peter’s University’s miracle run as a result of its loss to the University of North Carolina, for not only the players, their families and the entire Peacock family, but also for the State of New Jersey. This was a remarkable demonstration of ‘Jersey Pride’, as the cheers during the game in support of Coach Shaheen Holloway and his ‘Jersey City tough’ student-athletes were deafening and full of emotion until, and even after, the final whistle was blown. This team and their school have uplifted so many, as they demonstrated the power of hard work, the commitment to excellence, how to demonstrate class and dignity in both victory and defeat, and how special this relatively small, but societally significant, university on JFK Boulevard truly is.

The national media has focused on the accomplishments of this great team and rightfully so, as their run will be remembered for decades as one of the top 5 sports underdog stories of all time, but the real and underlying story was more about how unique and important this school is and how its mission reflects what is best about independent higher education in New Jersey. Several media outlets, including the Washington Post, dove deeper into what Saint Peter’s University means to its community, the state and, most importantly, to its uniquely diverse and talented student body. That such a relatively small (at least for now) university can thrive, not just athletically, but in serving a remarkable number of minority (73%) and first-generation students (59% ), is what makes this story so much more than a ‘feel good,’ ‘Rudy,’ or ‘Hoosiers’ sequel – – although I’m sure this real-life ‘Miracle on the Hard Wood’ tale is sure to find the screen.

I arrived at the Wells Fargo Center two hours before tip-off and 30 minutes before the gates opened. I, and about 2,000 Saint Peter’s and North Carolina supporters, waited in the cold outside until we were allowed in, so that we could have the opportunity to race to the merchandise stands and buy t-shirts and other gear. To say the least, the Saint Peter’s stuff flew off the shelves, while the UNC gear sales were far more limited. There appeared to be a frenzy to associate with Saint Peter’s and I was among the first to proudly wear my Peacock gear (as you can see here, pictured pre-game with a rightfully beaming Saint Peter’s University President, Gene Cornacchia) like so many over the past two weeks, including those who descended on the University’s bookstore.

What made all this so special, at least from my perspective, is that these players and their coach were responsible for shining a bright light on their incredible school and what it represents. Two weeks ago, after the 15 seed Peacocks essentially won the State of Kentucky basketball championship – – by defeating the 2 seed University of Kentucky and then the 7 seed Murray State (Louisville did not even make the Tournament) – – the common question from folks outside and even some inside of New Jersey was ‘where is Saint Peter’s located?’. That’s over. The entire country is now fully aware of not only the school’s location, but also its profoundly important mission to serve minority and first-generation students. And THAT is why this is so special. So – as a New Jerseyan and someone who appreciates the quality and importance of our independent higher education opportunities that have now been exposed to the country and even the world . . .  thank you, Peacocks!!