New Jersey: the Garden State, the Education State and (for two weeks, at least) the ‘Center of the College Basketball Universe’! 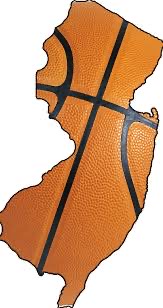 A remarkable season for ICUNJ schools – – with monumental upsets, championships, and dramatic comebacks

New Jersey is known for its beautiful and plentiful gardens and as the number one ranked state in the country for education. However, over the past two weeks New Jersey has also been identified as the ‘center of the college basketball universe.’

Since the NCAA Tournament began on March 15, the nation’s attention has been focused on the remarkable team from Jersey City and its historic run to the Elite 8. Think about this – of the 68 teams in the Tournament, the Saint Peter’s University Peacocks outlasted 64 of them, including 30 conference champions and 34 at-large teams that had successful seasons. Simply amazing. However, what should not be lost in this remarkable story of success is how several teams from the Independent Colleges and Universities of New Jersey (“ICUNJ”) directly and indirectly contributed to this run and that others had memorable victories of their own on the hardwood this season.

It is fair to say that the historic Saint Peter’s post-season run was, in several ways, facilitated by other ICUNJ schools, including Rider University through its huge 71-70 upset win over MAAC Tournament favorite and regular season champion Iona in the quarterfinals in Atlantic City. The Broncs came into that game with an 8-12 conference, and 13-19 overall, record yet pulled off a dramatic win against an Iona team that was 17-3 in the MAAC, 25-6 overall, and are coached by the legendary Rick Pitino.

So, with the ‘odds-on’ tournament favorite out of the picture, thanks to the Broncs and their own ‘Cinderella’ win, the Peacocks did not need to face a team that had already beaten them convincingly twice during the regular season and made it to the MAAC Championship game against another exceptionally talented ICUNJ squad, the Monmouth University Hawks. The Hawks, playing in their final game as a member of the MAAC before their departure to the Colonial Athletic Association, made the Peacocks work hard for their 60-54 Championship win that earned them an automatic bid into the NCAA Tournament. Since the closely contested Monmouth game played out in remarkably similar fashion as their NCAA Tournament wins over Kentucky, Murray State, and Purdue, it is by no means a stretch to suggest that Monmouth well prepared the Peacocks for their incredible tournament journey.

Another direct contribution to the Saint Peter’s run was the fact that it was coached by a former Seton Hall University player and distinguished alum, Shaheen Holloway. Coach Holloway, who is now recognized as one of the hottest young coaches in the country and there are indications that he may soon return to South Orange as the Pirates’ next head coach, pulled together a team of hard-working and committed student athletes and pushed them to play their very best at the very best time of the year. Finally, the current head coach at Fairleigh Dickenson University, Greg Herenda, was instrumental in Coach Holloway’s development, first as a player that he recruited to Seton Hall, and then as a coaching mentor. And as to Seton Hall, the Pirates earned an at-large bid to the NCAA Tournament, their 5th in the last 6 years.

You can see why we at ICUNJ are so proud of each of our Division I schools, as each played a role in assisting the Peacocks in their run, through games that ‘cleared their path’ and because of alumni and coaches who impacted their players and coach. But the ICUNJ 2022 college hoops story does not end here!

Next up – – the Princeton University and Seton Hall University women’s basketball teams.

After completing a remarkable undefeated Ivy League season and winning their last 18 games, the Tigers advanced to the NCAA tournament where they were ridiculously under-seeded and paired against one of the hottest teams in the country, Kentucky (yes, the same school that Saint Peter’s vanquished in their first-round tournament game!). The Kentucky women had just been crowned the champs of the SEC, by knocking off number 1 ranked South Carolina, but the Tigers shocked the basketball world (although, just like Saint Peter’s, not themselves) with a dramatic 69-62 upset win. As a result, two ICUNJ Cinderellas stole the ‘glass slippers’ from the Wildcats in an historic week for New Jersey Division I basketball. The Tigers then had to play top 10 Indiana – unfairly, on Indiana’s home court – and fell 56-55 in an inspired performance that went down to the final seconds.

On Monday, the Seton Hall women’s team, after winning 15 of their last 17 games, advanced to the Final Four of the Women’s National Invitational Tournament where they will play Middle Tennessee on Thursday. Their dramatic 78-75 semi-final win over Columbia University in New York City was sealed after the Lions missed what would have been a game-tying three-pointer in the game’s final seconds.

Speaking of ‘final seconds,’ there was also an exciting ICUNJ championship playoff win in Division II. Felician University’s men’s team captured the Central Atlantic Collegiate Conference title with a thrilling, buzzer-beating 65-64 win over favored (you get the trend here?) Dominican (N.Y.) College. The Golden Falcons qualified for the NCAA Tournament because of this dramatic ‘fade-away’ jumper by the appropriately named junior forward Dee-End McRea at The-End of the game with 2.3 seconds left.

In Division III, the Drew University Rangers, completed a truly remarkable 21-0 run at the end of their 60-58 Landmark Conference Tournament semi-final win over Catholic University. This comeback win, dubbed the ‘Madison Miracle,’ was featured on ESPN Sportscenter that evening.

So, when you consider all these amazing wins, upsets, comebacks, championships, and amazing performances by so many of our ICUNJ schools, we think we can make a legitimate claim that New Jersey has been the college hoops epicenter this season. And while the state of North Carolina might contest this claim, it surely cannot deny that the most exciting and impactful games this season took place in the Education State!