Installation of James W. Crawford, III as the Sixth President of Felician University 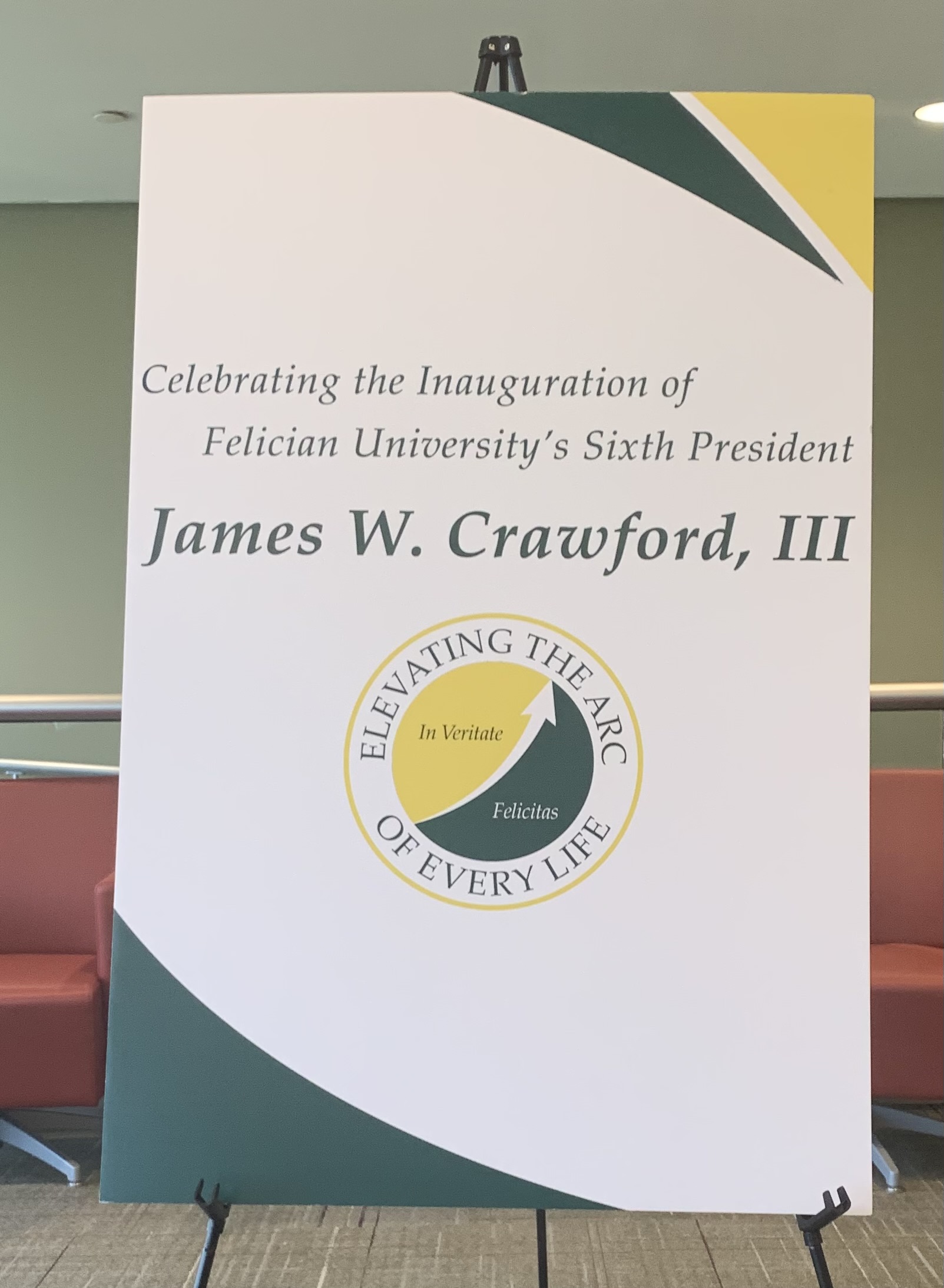 Chris Swenson, the former chair of the university’s board of trustees, said of Crawford, “His hands-on experience in steering the university during one of the most challenging periods in its history enables him to step into the role of president fully prepared to take us to new heights.”

Felician was the rare private university that saw an enrollment increase during the pandemic year, a time when other colleges have lost students.

While serving as interim, Crawford was named to a new Advisory Council on Racism for the Catholic Diocese of Arlington in Virginia by Bishop Michael Burbidge.

ICUNJ President, Steve Reynolds, was honored to be one of several representatives on hand to present congratulatory greetings to President Crawford at his Inauguration.